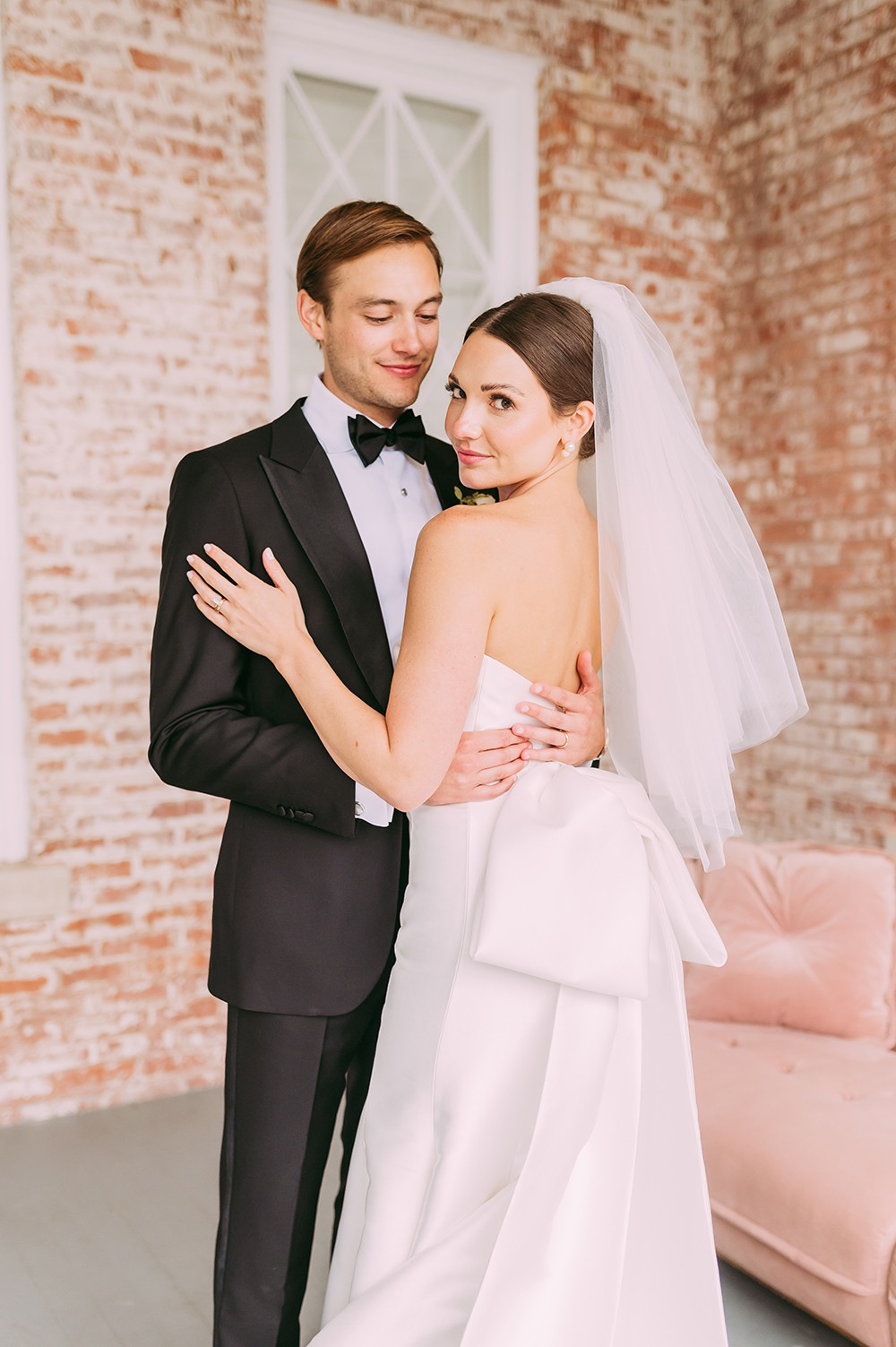 Abbie and Connor met briefly in Russellville in 2010 and became acquaintances while he was visiting a friend. After graduating from the University of Arkansas in 2016, Abbie moved to Dallas for her first job out of college. No one had caught her eye in the big city, until the familiar-faced Connor moved to Dallas in April of 2017. Connor had just completed his Petroleum Engineering degree in December 2016 at the University of Oklahoma, where he was a member of Sigma Alpha Epsilon.

They bumped into each other at a mutual friend's apartment on Connor's first weekend as a Dallas resident. It didn't take Abbie long to make the connection on how she remembered him, but she played it coy. They chatted about their many mutual connections and she suggested he put his number on her phone since he was new in town. The rest is history!

Connor proposed to Abbie on a cloudy day in Dallas, Texas, during their usual Friday night walks. “It was just the two of us, no frills or fancy-ness and it was absolutely perfect,” Abbie said. They then went home to get ready for dinner, and he surprised her with all their friends and family! It’s a night they’ll never forget!

Abbie and Connor wanted a relatively traditional and classic wedding color palette, with pops of pink, white florals and over-the-top greenery. She wanted her guests to walk in and feel like they were at home, so Samantha’s Garden teamed up with Katie McIntire from Amanda Reed Weddings and designed the welcoming, homey and inviting wedding day atmosphere Abbie and Connor dreamed of! 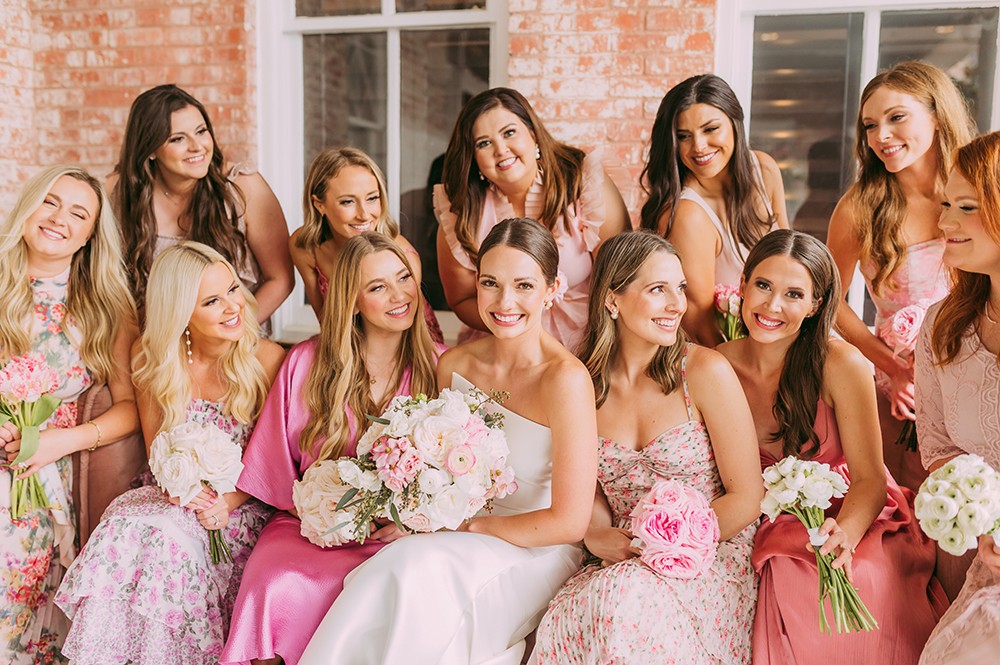 Q: What were your wedding colors?

“Pink and green–the exact color scheme of my bedroom growing up, which was totally unintentional but quite funny too,” Abbie said. “I guess I’m a creature of habit! It felt soft and springy without being dated.”

Q: Did you hire a DJ or Live Band?

“Music is a big part of our relationship,” Abbie said. “We have lots of songs that, when they come on, take us right back to a particular time in our 5-plus years together. We knew we wanted a band for the reception and after attending my best friend’s wedding almost exactly a year before our wedding date and hearing her band, we booked them first thing the next week!”

“Hire a wedding planner, it was the best money we spent,” Abbie said. “Then, decide if you’re someone who wants to be super involved in the [planning] process or if you would rather the planner help make a lot of the decisions…Communicating those wishes to our planner helped us work together seamlessly in the planning process.” 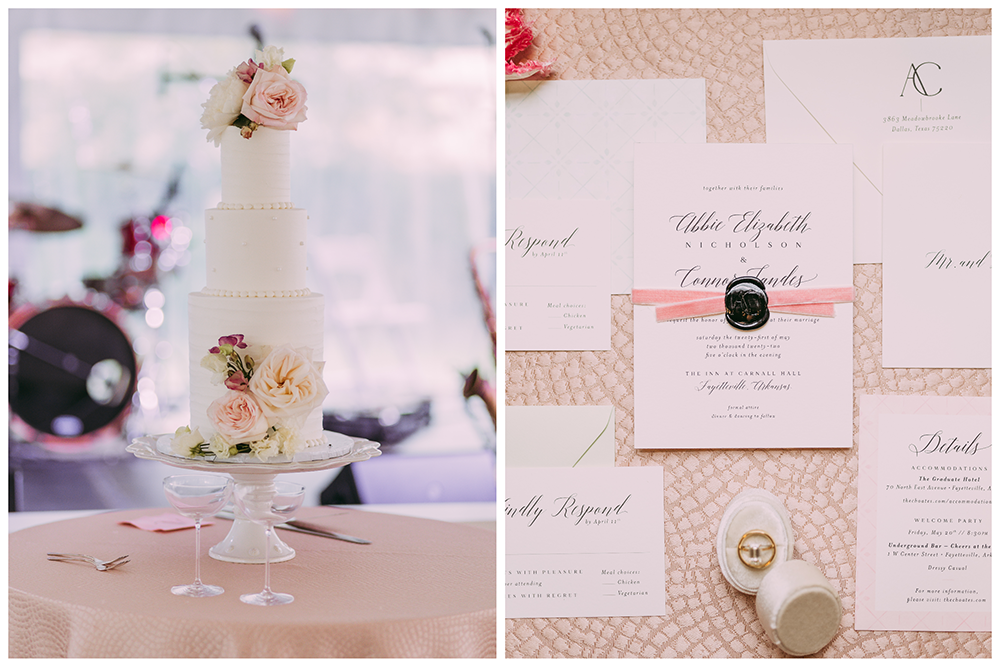 “I loved getting ready and hanging out with my bridal party all morning. Seeing Connor for the first time was so sweet and special, I will never forget those moments together,” Abbie said.

“Seeing my stunning bride during our first look is a memory I will cherish forever and I’m so thankful that we chose to do that,” Connor said.

“We knew we for sure wanted a band and a big dance floor. We are party people and knew our reception would be if we had these two things,” Abbie said. “We also knew we wanted to participate in as much of the night as possible. We made time to have our private dinner after mingling with guests during cocktail hour, but then we were right out in the mix of things shortly after. We knew this would be the absolute only time in our lives that all our people, from all over, would be in the same place at the same time and it was so important for us to soak that all in.”

Q: What wedding-day detail did guests rave about?

“The band was the biggest hit of the night—they kept everyone on the dance floor the entire three hours they played,” Abbie said. “People still tell us how fun the night was!”

Q: What detail made the wedding day feel perfect?

“Everything was so carefully executed to perfection, it all just felt like a dream,” Abbie said. “Every moment was one we’ll never forget. We wouldn’t have changed a thing—thunderstorms and all!” 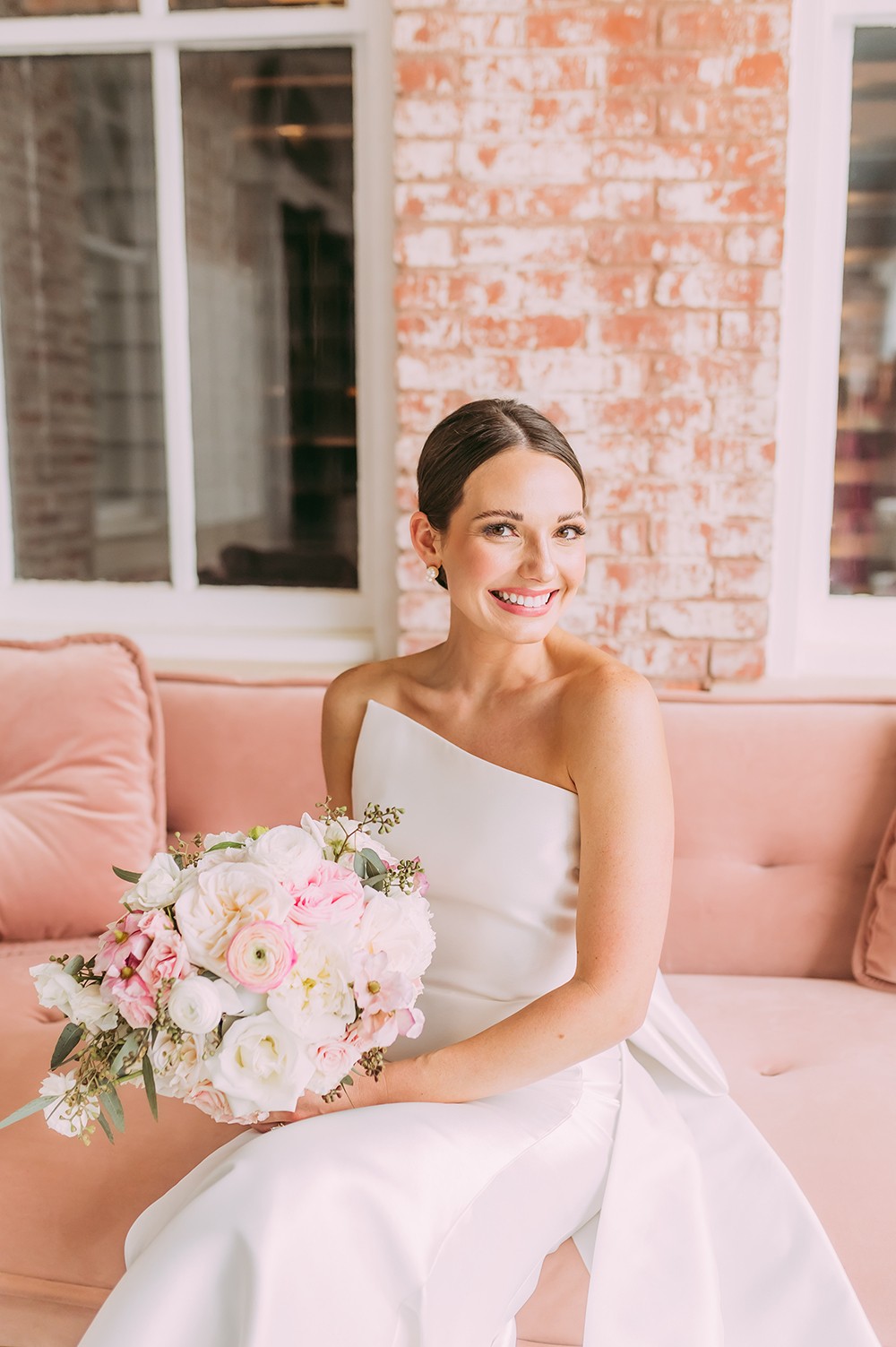 IT'S THE LITTLE THINGS

Abbie and Christopher tied small black ribbons around the stems of every champagne glass for a chic finishing touch. 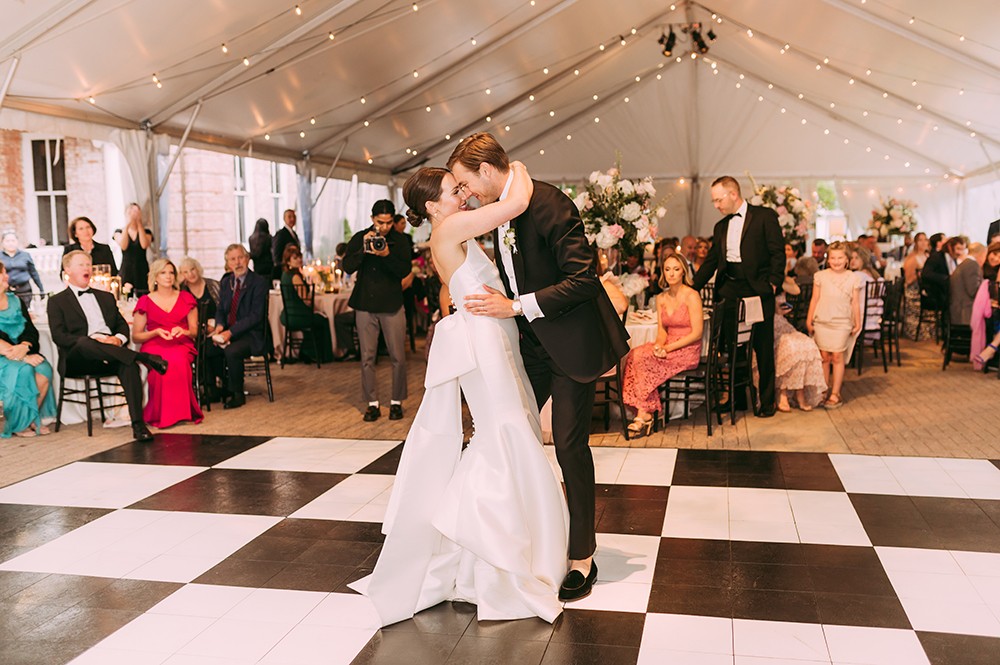 Abbie’s mom sewed tulle pieces onto her reception hat because she had always dreamed of wearing the same outfit as the wedding photo shoot in “The Parent Trap” (1998). 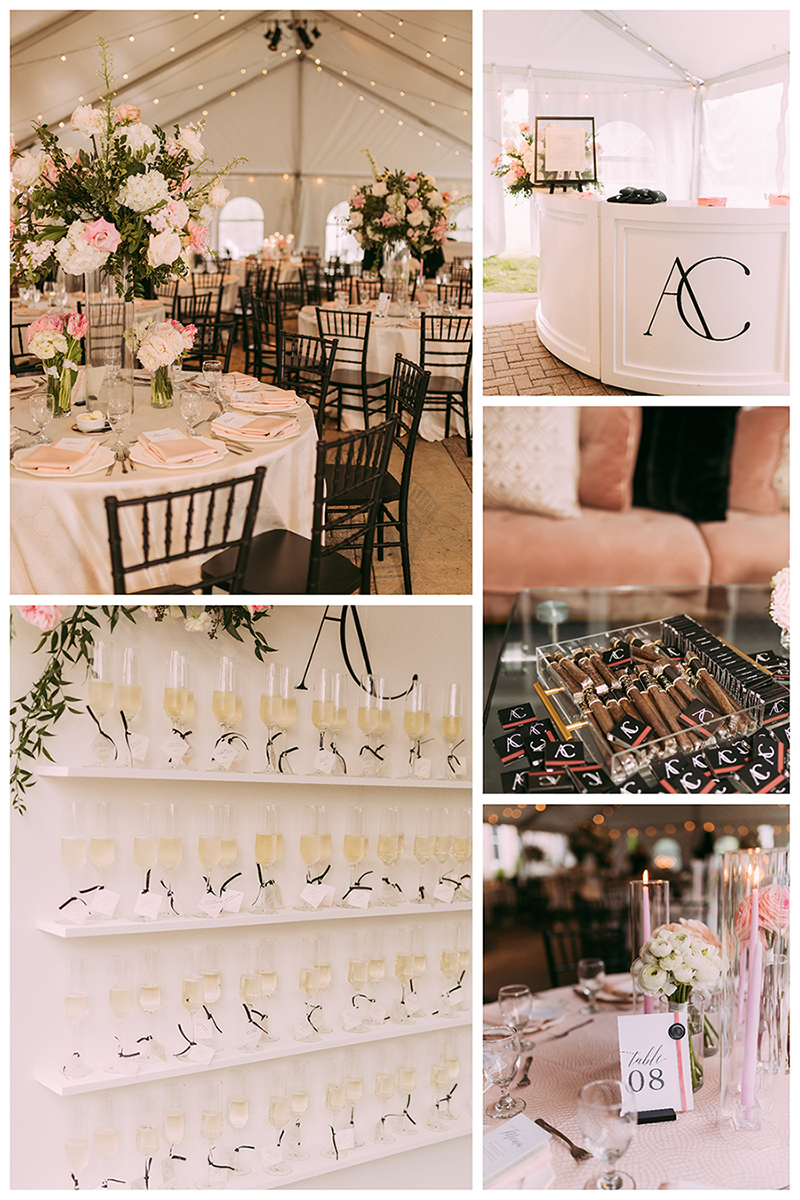 “We had a very simple monogram that we used on lots of the paper pieces, party favors and decor,” Connor said. “I had custom cigars made with the monogram, which were a big hit with all the guys!” 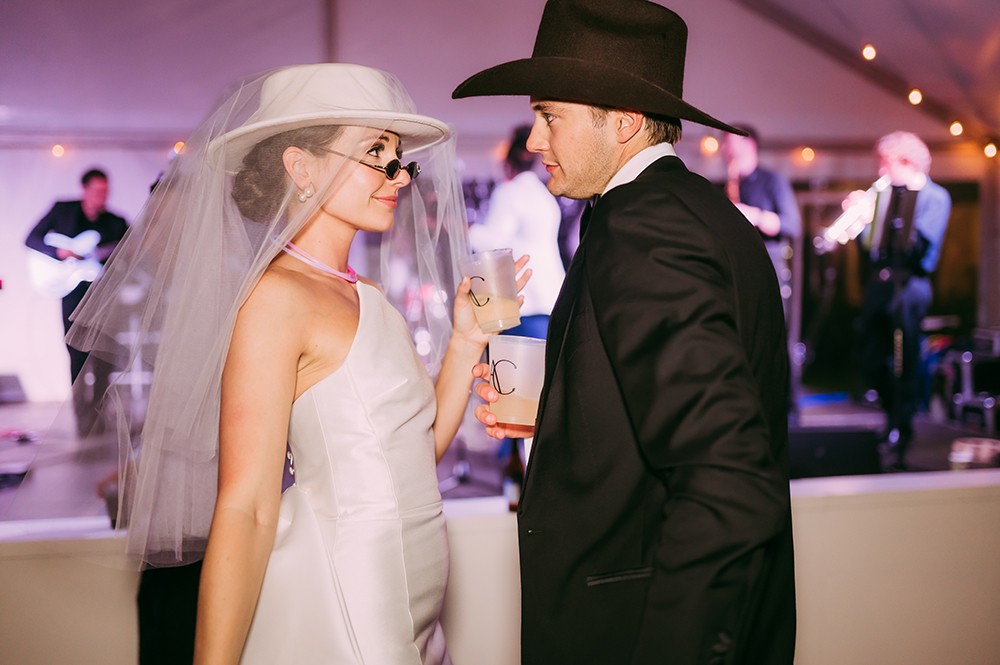 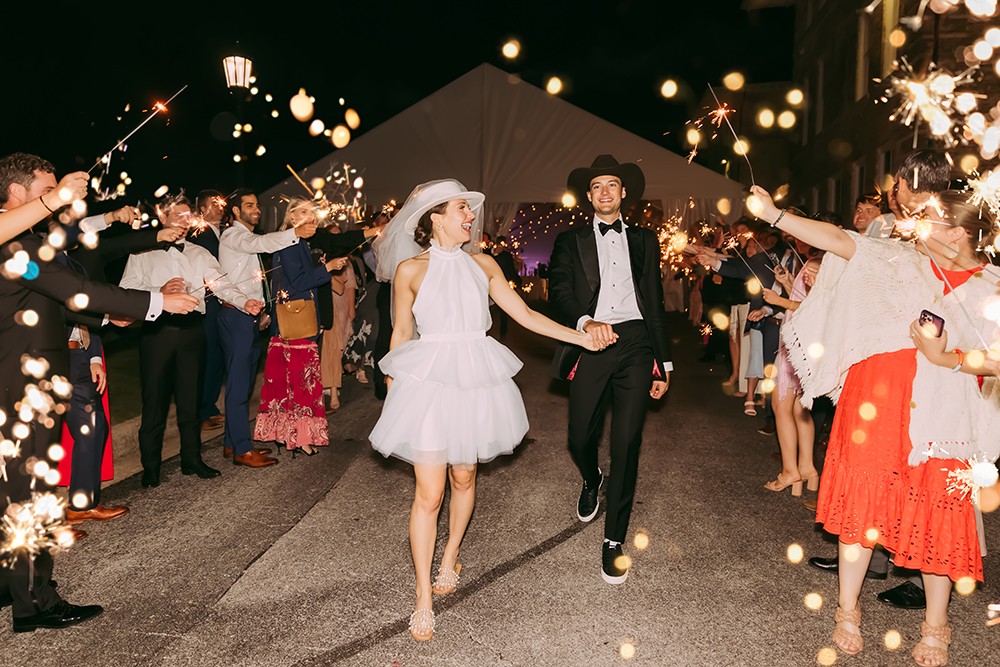 SUBMIT YOUR WEDDING TO BE FEATURED IN ARKANSAS BRIDE HERE! 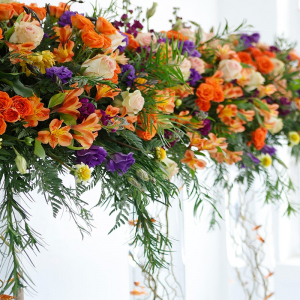 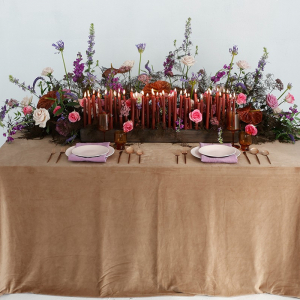 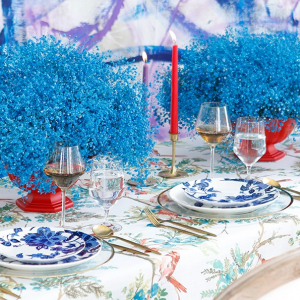 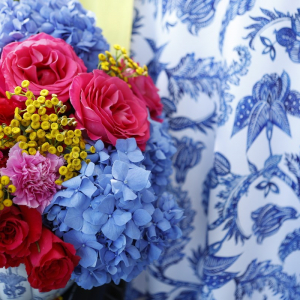 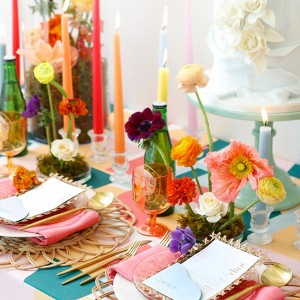 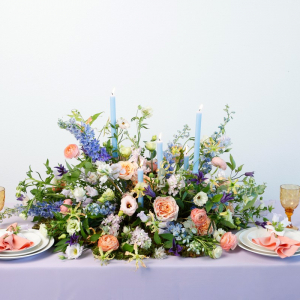 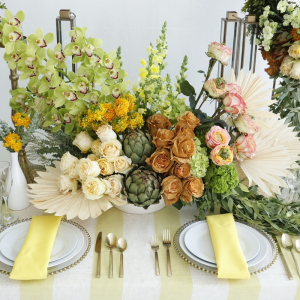 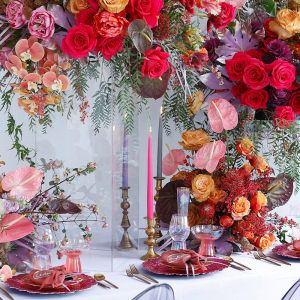 Join Our Newsletter
Sign up for our newsletter to receive updates.

Since 1990, Arkansas Bride has been the No. 1 resource for Natural State brides planning their big day. It's not only the biggest bridal magazine in the state, but it is also the best online tool for soon-to-be newlyweds in search of vendors and inspiration.

Learn more about us.